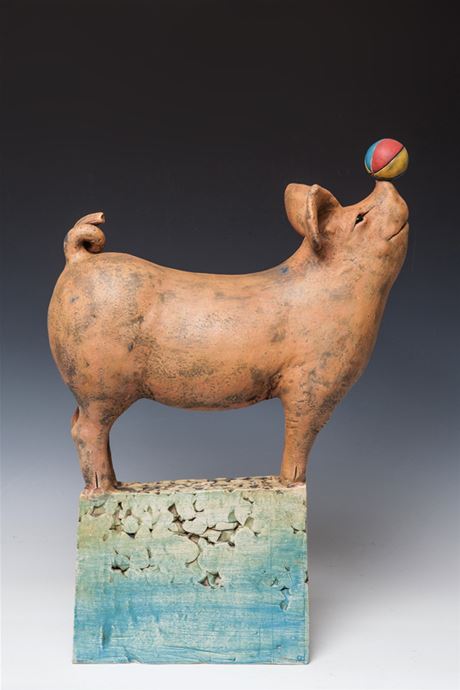 Ceramics has been Jon Barrett-Danes’ family for at least five generations. The earliest records show a pottery at Hoo in Kent dating from 1834, and Jon’s great-great-uncle Edward Baker worked at the well-known Upchurch pottery in Kent from 1909 (and later owned it). Each generation has produced their own particular style of work, and Jon’s father, Alan, was the first to break with tradition by leaving the family pottery, undertaking a formal college training and entering the pottery industry as a designer. He later taught ceramics at Cardiff College of Art and worked collaboratively on work with Jon’s mother Ruth in the 1960s and 1970s. Some of their joint ceramic work is kept in the permanent collection at Aberystwyth University.

Jon completed a degree in ceramics at Bristol in 1985, having specialized in thrown ware and glaze development. While at college he was inspired by the pages of the Wedgwood Creamware catalogues from the late 19th century, and – in stark contrast their classical lines – cartoon drawings.

He also spent time building kilns and experimenting with wood-fired salt glaze. He used these glazes to good effect on the teapot forms that became an obsession for many years.